Our public webinars are presented free of charge.
However, we would very much appreciate a donation to our organization, so we can create more such programming.
Click here to donate

The training will be delivered by two veteran volunteers with extensive experience in the field:

Jonathan Dublin who works for MedOne, and in recent years has been monitoring information from antisemitic bodies and a variety of websites across the web.

Register
What will we talk about?
Israeli Diplomacy on Social Media
Date
Time
19:00 - 20:00

Ido Daniel is an expert in media and social networks and currently serves as the head of the digital arena at the Ministry of Strategic Affairs and Information, as part of which he founded the pro-Israel influencer network DigiTell. He previously served as head of the ISCA Student antisemitism Student Program, and as a member of the joint working teams of the State of Israel and the European Union to Combat Anti-Semitism and Racism. In recent years, he has been responsible for the launch of a number of digital campaigns on the subject.
To Ido’s Twitter account: https://twitter.com/idodaniel

Yosef Haddad is an Israeli Arab, a residet of Nazareth, who volunteered for military service in the Golani, as a soldier and commander. He fought in the Second Lebanon War in which he was severely wounded. After the rehabilitation, he represented Israel in colleges and communities worldwide. Two years ago, he founded the “Together Arabs for Each Other” association.
To Yosef’s Twitter account: https://twitter.com/yosephhaddad

Registeration closed
What will we talk about?
IHRA Definition and Monitoring Online Antisemitism
Date
Time
19:00 - 20:15 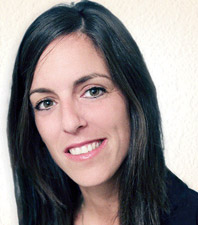 Attorney Yifa Segal is currently the Director of the International Legal Forum (ILF).

In the years 2013-2014 Ms. Segal was the Joint Director of Tazpit Press Service (TPS), the only Israeli news agency disseminating news reports and footage in real-time from Israel to media outlets across the world.